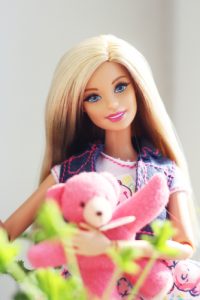 The iconic Barbie® doll has been a symbol of beauty and fashion throughout the decades as well as one of the most in-demand toys in history. Just as the standards and preferences of beauty have changed over the years, so has the appearance of Barbie®.

For years, the iconic blue-eyed, blonde-haired figure has undergone many physical changes to keep up with the latest trends. Most noticeably is the transformation of the doll’s facial appearance, which has likely played a role in shaping society’s idea of female beauty.

Changes Over the Years

With each passing year, ideas and preconceptions on the definition of beauty are constantly evolving. Even Barbie®—who has worked as a supermodel, movie actress, and makeup artist—may have needed a little help keeping up with the times.

In 1980, we can see that Barbie® had some significant changes to her eye area. Blepharoplasty, or eyelid lift surgery, can help achieve the same changes by removing excess skin and fat bulges on the lower and upper eyelids that cause eyes to appear slightly droopy. If Barbie® had this surgery performed, she would have also experienced improved vision in addition to a more bright-eyed appearance.

In the late 80s, we can see that Barbie® had some significant changes to her nasal area. Rhinoplasty, or nose surgery, is a procedure that can produce results similar to the changes we see in Barbie®’s new, balanced facial appearance.

The mid-90s were also a big time for Barbie®, as we see a noticeable difference in her lips. She appears to have gone from small, thin lips to full, voluptuous ones. Lip augmentation can produce results similar to Barbie®’s new lips by providing more shape and volume.

One of the major changes that Barbie® went through in the 21st century was being given more defined cheeks that are full of volume. Cheek augmentation can provide results that mirror the changes Barbie® has received by lifting the face and providing a more youthful aesthetic.

A few years ago, in 2015, Barbie® saw a major improvement in her jawline and chin. It is possible to achieve the same type of improvement through mentoplasty, or chin surgery. By enhancing the chin structure, you can correct the shape of the jaw and create a more refined facial appearance, just as Barbie® did.

If you are interested in learning more about any of the preceding procedures, or if you would like to get started on achieving some of the changes that Barbie® has been given, feel free to give our office a call at 818-501-3223 to set up a consultation. 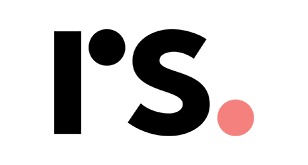 Virtual Appointments And Consultations Are Available

scroll down to read more ↓

The safety of our patients and staff is our highest priority. We understand the unique nature of the novel COVID-19 virus and have added additional safety measures. We are continuously monitoring Federal and State directives and complying with CDC protocols and will continue to adapt to the changing requirements to help protect our communities.

We are available for virtual appointments and consultations.

Please fill out this brief form to be contacted to answer questions regarding your Video Consultation.

Be well,
Michael A. Persky, M.D